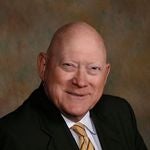 Attorney Sklarosky is the son of a coal miner-turned bricklayer and a ladies garment worker.  He was born and raised in the Georgetown section of Wilkes-Barre Township and graduated from St. Mary's high school in Wilkes-Barre, in 1962.  Upon graduation, he immediately enrolled in King's College.  After graduating from college, Attorney Sklarosky moved to New Jersey to teach at a high school.  After teaching for a number of years, he decided to become a lawyer, and enrolled at the University of Toledo School of Law.  For four years, Attorney Sklarosky taught high school during the day at a local high school and attended law school at night.  Somewhere in between he managed to spend time with his wife and two children.

Attorney Sklarosky has been married to his wife Patricia for over fifty years.  He enjoys spending his free time in his garden, fishing and spending time with his nine grandchildren.

Attorney Sklarosky can be reached at [email protected].