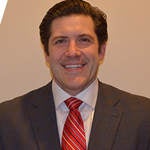 A native of Plains, Pennsylvania, Attorney Sklarosky attended Lackawanna College in Scranton, Pennsylvania, where he excelled in football and earned a full athletic scholarship to Syracuse University.  After graduating from Syracuse with a degree in political science, he earned his law degree from Widener University Commonwealth Law School, in Harrisburg, Pennsylvania.  Upon passing both the Pennsylvania and New Jersey bar exams, he returned to Luzerne County and started his legal career, working with his father.

After working for close to three years in Baltimore, Attorney Sklarosky decided to return back to Northeastern Pennsylvania and again practice law with his father.  Attorney Sklarosky focuses his practice on litigating the following types of cases: personal injury, criminal defense, civil rights, and employment.

Attorney Sklarosky currently resides in Northeastern Pennsylvania with his wife Meghan and their dogs, Zoey and Boh ("Bo").  In his spare time, he enjoys traveling, working out, reading and fishing.

Attorney Sklarosky can be reached at [email protected]